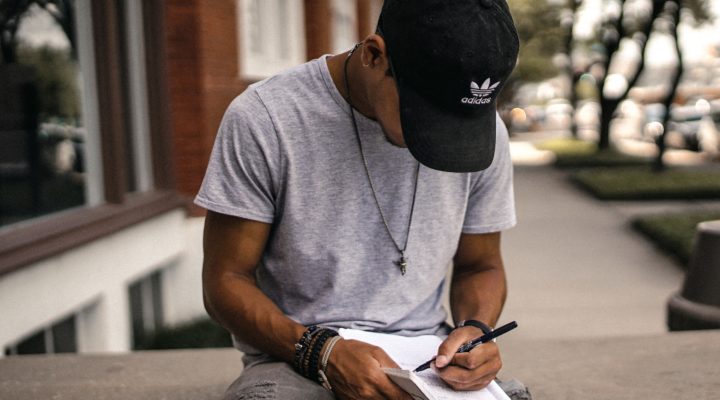 There’s no doubt you’ve heard of the many benefits of meditation already.

We’ve catalogued many of ways meditation can help, including how it can reduce feelings of anxiety for mental health sufferers and discussed why people decide to embark on the meditation journey as part of their daily routines and habits. But meditation isn’t going to solve all of your woes, and, with all things, there are limitations to meditation.

Many of those are scientific limitations. When comparing meditation to other methods recommended by therapists and counsellors, meditation doesn’t fight its corner as well.

What is Meditation? And why do we do it?

Before we begin, let’s get a recap on the historical story of mediation. The practice of meditation has been active for centuries now. With the first recorded practice dating back to 1500 BC, from the Hindu traditions of Vedantism. The Vegas called this practice by “Dhyana” and it was blended into their lives.

The tradition was adopted and shaped by many religions at the time, ranging from Taoist China and Buddhist India with different approaches on the process of meditation.

The term “meditation” itself was coined and referred to many times in the Old Testament as “hāgâ” which in Hebrew translates as “to sigh” or to murmur”. The Latin Bible then translated “hāgâ” into “meditatio” where a 12th-century monk, Guigo the second, who endorsed this. The extensive history of meditation has been documented very well on this article here.

Both non-guided and guided meditation have become habits in our workplace and personal lives now, all around the globe. With retreats, seminars, classes and endless YouTube videos about how to optimise your meditation. Meditation has slowly become a part of our modern, 21-century lives. With the last recorded figure at 18,000,000 US adults (8% of the entire population in 2012) who meditate as part of their routine, there’s no escaping the fact that meditation is on the rise. 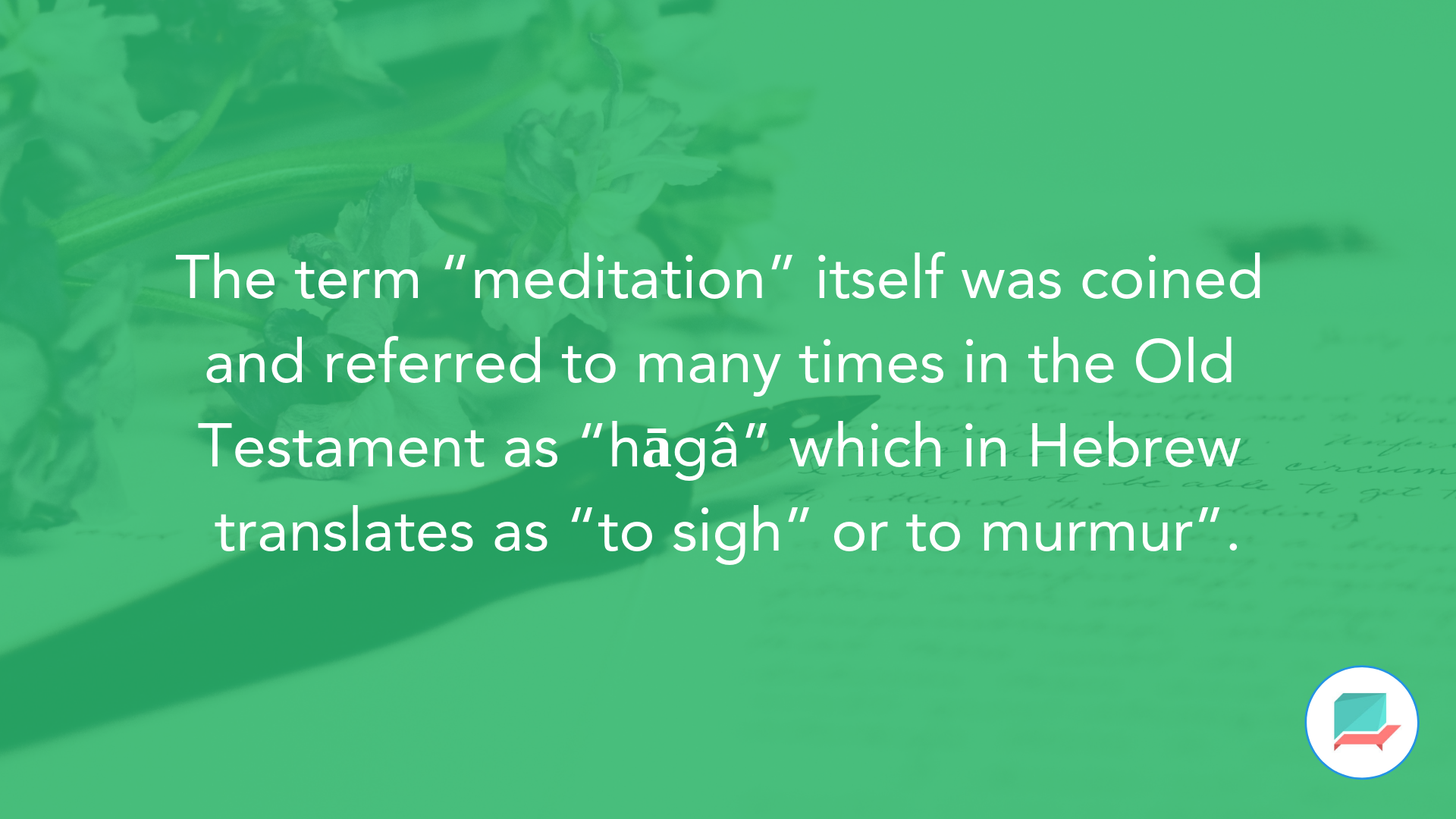 Meditation has helped many millions of people cope with tragic losses, stressful periods, anxiety, stress and a variety of life situations without a doubt and the practice should be respected as an effective way to assist in treatment of anxiety, stress and many other mental health conditions. But how much has meditation been proven by scientists? And how does it rival practices like therapeutic journaling?

The Science on Meditation Right Now

Research into mindfulness practices has provided weaker sets of data.

According to research into the mindfulness-based interventions, results showed that “only 9% of research” had been “tested in clinical trials that included a control group”. The lack of control groups causes concerns, this is something many scientists and researchers like to see when comparing the credibility of research.

Don’t get me wrong, there is research out there to support mindfulness practices as being a viable method for coping with anxiety and other similar mental health conditions, however, there’s meta-analysis to prove otherwise. Prominent psychologists spanning across 15 established universities in the US, have concluded that studies on mindfulness and meditation are poorly designed. The reasoning behind this lack of definition of mindfulness activity combined with the lacking of control groups to rule out elements like placebos.

The research studies that involved control groups, and acknowledged the placebo effects showcases moderate effect to the control group, with data pointing to stress being the most addressed condition. An insight from this shows that mindfulness research right now lacks the supporting evidence it needs to be a leading recommendation, whereas, the likes of therapeutic writing has been thriving in studies posted recently.

Both of these practices, meditation and therapeutic journaling or writing, have been endorsed by therapists for many years now. Both deliver positive results when it comes to treatment and have a lot of practical value as part of a daily routine. 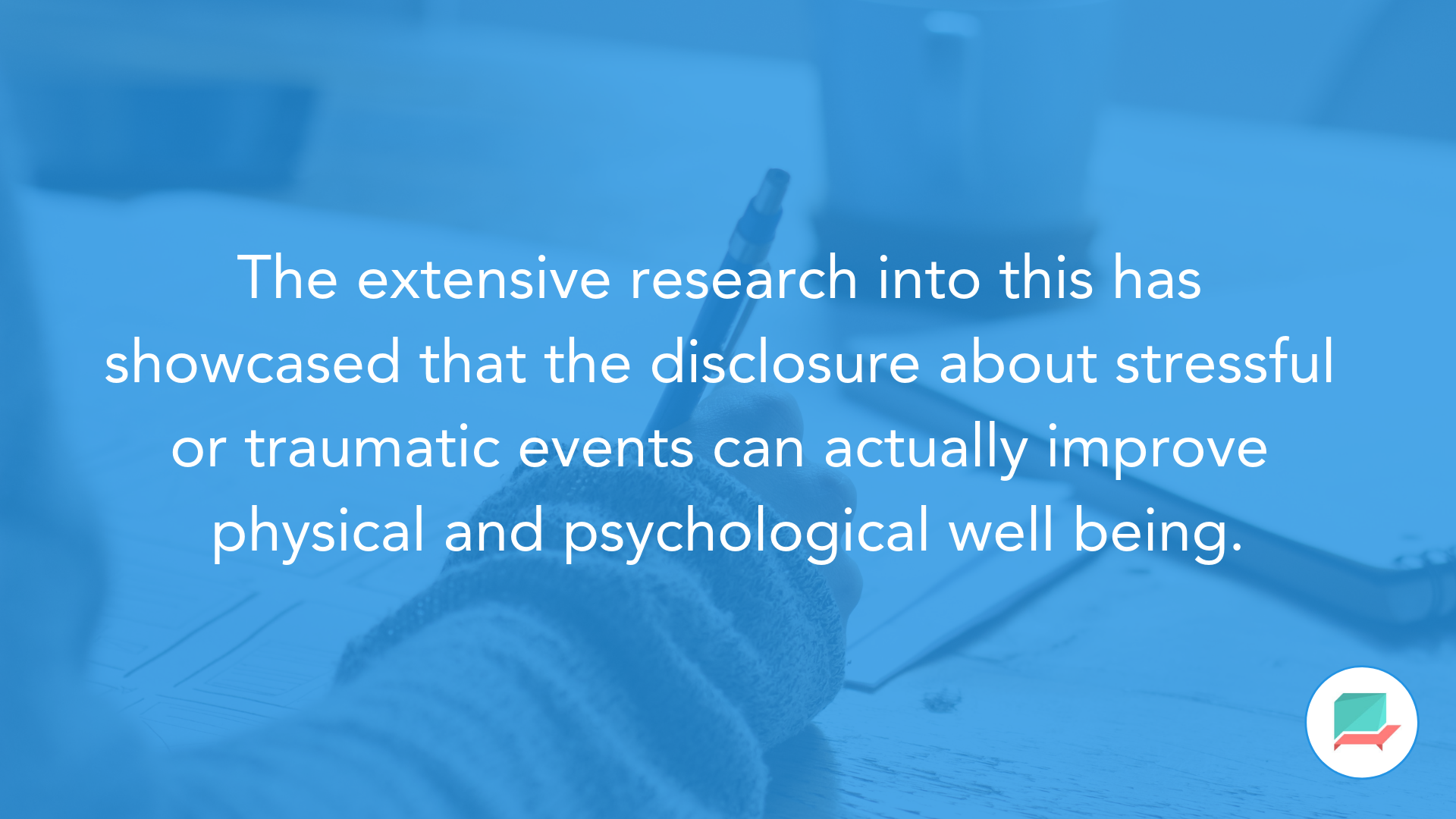 Therapeutic writing, also known as writing therapy, is used as a form of expressive therapy. The writing is the act of writing and processing expressive thoughts into written words. It’s proven to directly impact both physical and psychological health.
The practice has been proven, time and time again, to be effective at reducing symptoms of mental health conditions. Not many people compare the likes of meditation and therapeutic writing as competitive recommendations. Writing about traumatic experiences, memories, thoughts and the events of the day is one of the most reflective ways to absorb and ponder on your actions surrounding each event.

This form of expressive writing can be used as an individual or as a group, but is traditionally recommended as a piece of homework or activity during therapy treatments.

There is a common misperception amongst people, therapists, counsellors and even government parties that mindfulness and meditation have compelling evidence to support it as a recommended practice in therapeutic interventions.

Many people make a counter-argument that therapeutic writing could be too personal and for those who shut things out, won’t submit. But research from Rime in 1995, suggests that expressing these thoughts and feelings come naturally, stating in his research:

“During aversive events, many people have a strong urge to express their thoughts and feelings related to the events. This urge may be motivated by the comfort associated with ventilation or it may reflect an attempt to make sense of a negative event or validate one’s feelings through social sharing.”
The extensive research into this has showcased that the disclosure about stressful or traumatic events can actually improve physical and psychological well being.(Pennebaker, 1989, 1993; Smyth, 1996).

Here’s some of the proven scientific advantages of therapeutic writing:

Further research, conducted by universities of Michigan & South Carolina (2013), shares the significant decreases in depression scores in an experimental group over 5 days into the research program. Scores were conducted by the formalised questionnaire sheet known as the Beck Depression Inventory & Patient Health Questionnaire Score. 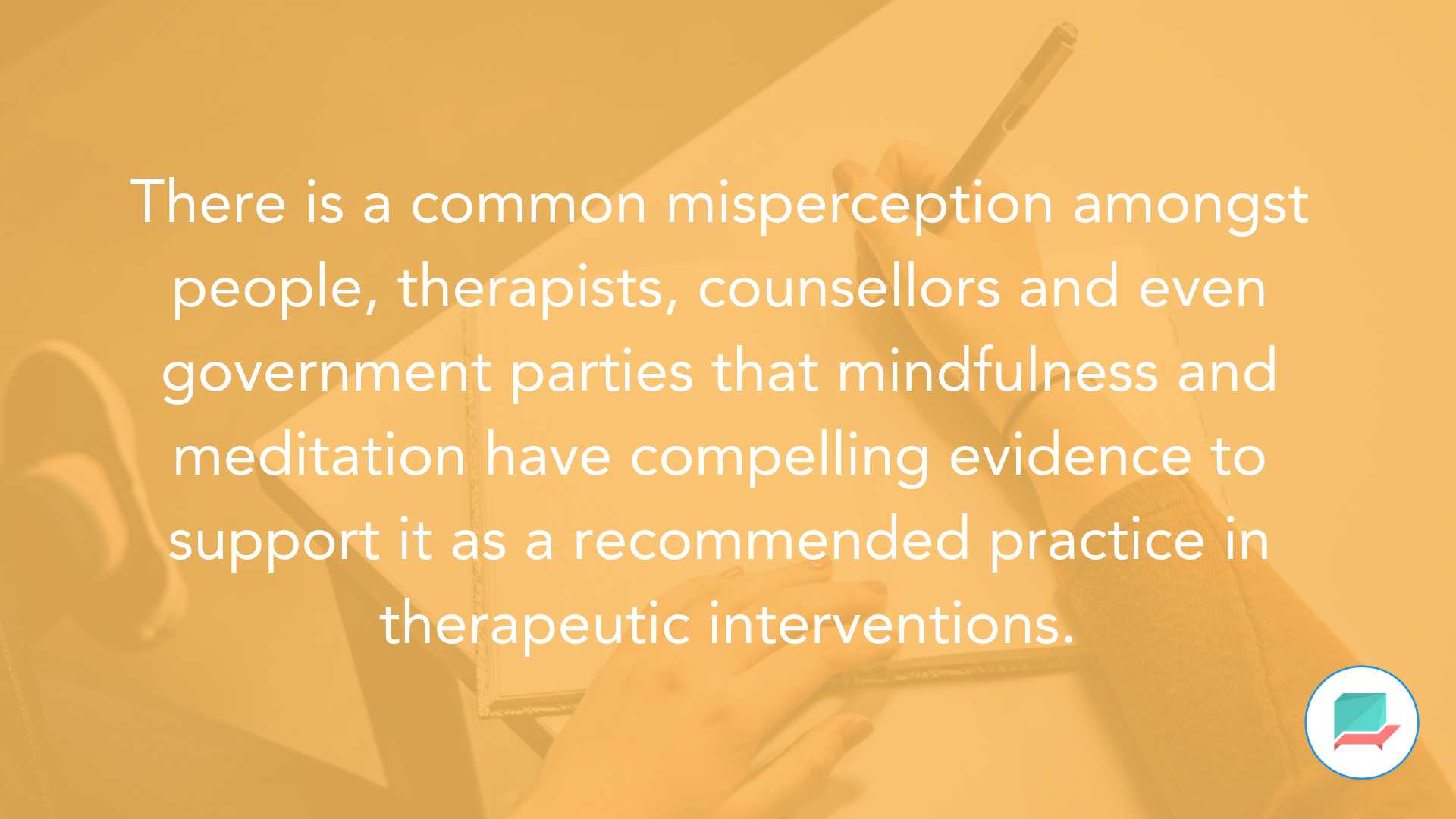 During the research study, the group average dropped to 9 points on the BDI and over 5 points on the PHQ, which were significant changes to the control group. After the study, participants remarked about feeling better and on the final day, one participant even wrote about how much better she felt in her therapeutic journaling session.

This is what we typically hear with Therachat users.

These are a few a of the ways that therapeutic writing has been able to address both psychological and physical symptoms. Many therapists and counselors around the globe are re-considering the amount of expressive writing therapy that they are introducing into sessions and even the balance of mindfulness practices against writing like this. With an extensive list of research and a backing from many credible studies, therapeutic writing addresses many of the widely known issues associated with mental health conditions.

The short answer is no.

Meditation currently as a mindfulness practice doesn’t have enough supportive research data and studies to suggest it is better than therapeutic writing. We see this from the amount of research pieces posted in the last 10 years. Despite, its current popularity in the western society, when it comes to the ground data on these, writing trumps meditation.

Therapeutic writing has plenty of compelling evidence, insightful benefits and symptom addressing abilities if conducted during treatment or individually outside of treatment. If you’re brand new to therapeutic writing, you can get started instantly with Therachat, a way to get started with expressive writing for your own needs.

Let us know in the comments how you compare meditation and expressive writing? We’d love to hear which one worked for you. 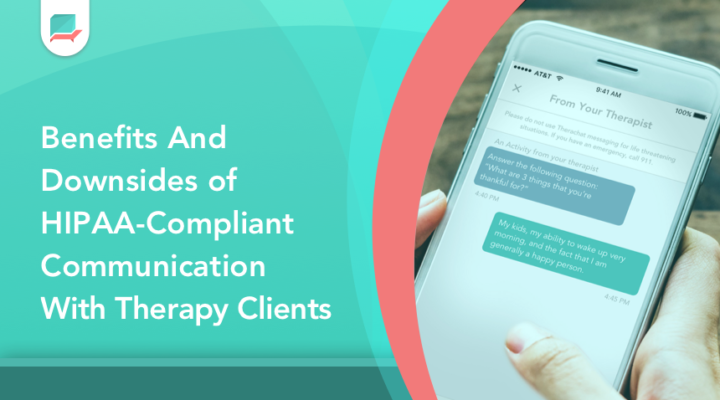 Privacy and confidentiality are important factors when it comes to dealing with client information. When patients visit the hospital, communicate with doctors and their mental health specialist, hey expect all of the information to be retained securely.

In the incredibly digital world we live in, our data can be exposed to being attacked, but with secure systems in place, the chances of this happening make it very difficult for any hacker or threat to break through and damage or steal confidential information.

Being compliant with secure laws and regulations regarding your data, can increase your chances of keeping you and your client’s information safe from any attacks. Healthcare institutions and professionals in the US are subjected to HIPAA-compliance. And this is also the case when texting or communicating with clients.

There are plenty of resources that inform you about the possible services for HIPAA-compliant texting, but in this article we’re going to dive into some of the benefits of being HIPAA ready when communicating with clients. END_OF_DOCUMENT_TOKEN_TO_BE_REPLACED 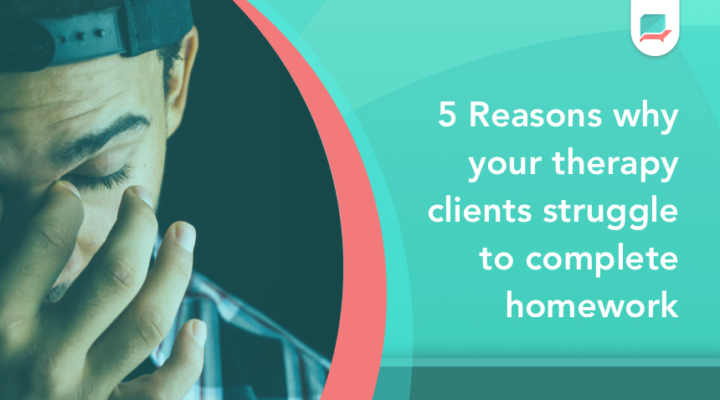 Giving homework to clients is a technique that many therapists are beginning to adopt as a way to improve their success rate with clients. But it often times doesn’t come easy. A lot of therapy clients struggle with homework and hardly complete it. END_OF_DOCUMENT_TOKEN_TO_BE_REPLACED 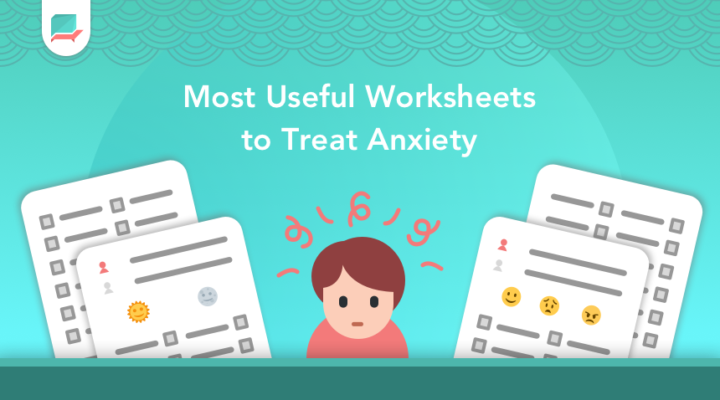 Anxiety is a common disorder treated by therapists and is on the rise in clients. Anxiety disorders affect a lot of individuals. In the US alone, approximately 40M adults (18-54) suffer from some form of anxiety (National Institute of Mental Health (NIMH). That’s over 18% of all US adults.

There are various types of anxiety, something we’ve touched upon before on this blog, using the correct worksheets for each of those helps both clients and you, the therapist.

Worksheets for anxiety can be found all across the web, we’ve curated a few that cover the major elements of anxiety so you can optimize these for each of your clients. END_OF_DOCUMENT_TOKEN_TO_BE_REPLACED 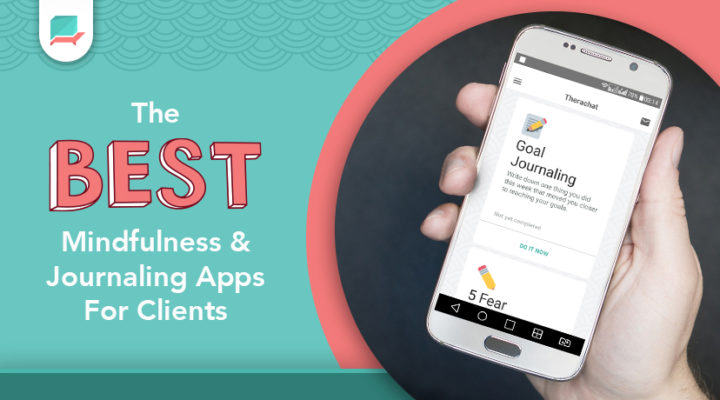 The world of mobile apps continues to grow on us. According to forecasting, the number of apps downloaded in 2017 was over 190M+ (Statista) across the world’s devices and a growing portion of those downloads are focused heavily towards self-help, improvement and care.

A lot of these applications can be useful for your clients and even for yourself to help monitor the progress of clients. There are many benefits to using technology when it comes to helping your clients reach outcomes faster. This is due to a variety of factors. END_OF_DOCUMENT_TOKEN_TO_BE_REPLACED 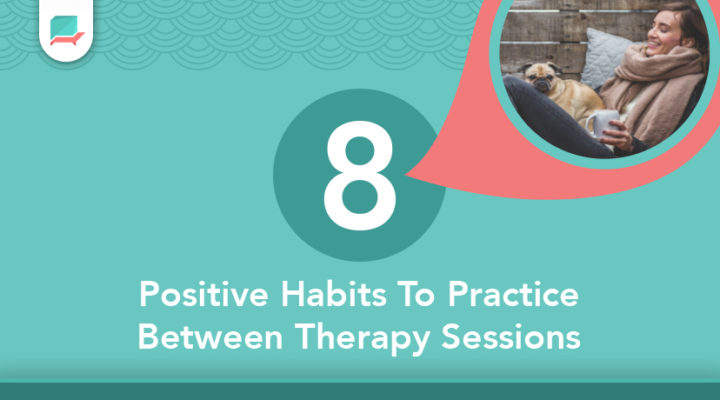 Developing positive habits outside of therapy sessions is both beneficial for the client and the therapist. As a therapist you might be challenging yourself, why would that benefit both parties, surely it helps only the client?

Positive habits are routines and processes that once implemented help to provide clients with a regular dose of consistency. For clients, this means a higher chance of success, of building a world outside of the sessions that feels comfortable and progressive. For therapists, this means higher rate of success, reduced amounts of emergency sessions and an improved resume for client success. END_OF_DOCUMENT_TOKEN_TO_BE_REPLACED 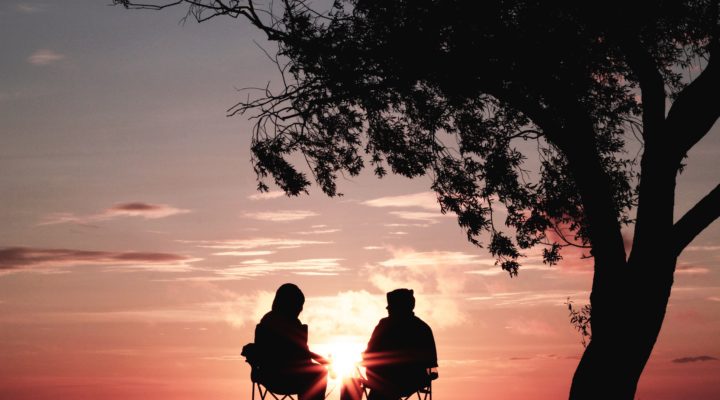 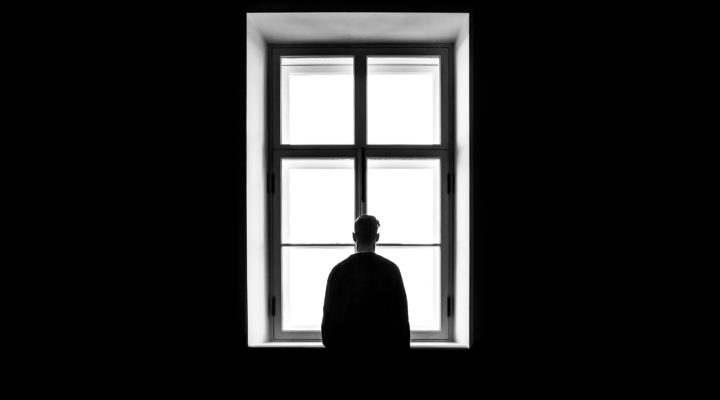